Arts and Cultures - Selene the Moon Goddess of Ancient Greece 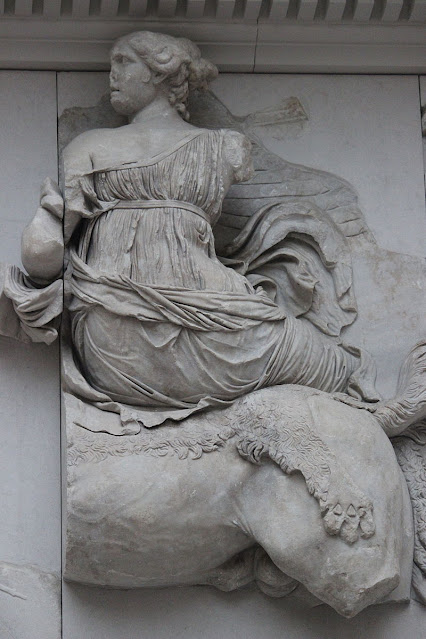 In ancient Greece and Rome, Moon was regarded as a feminine deity, in contrast to the Fertile Crescent and ancient Egypt, where we have seen that in most cases Moon was a masculine deity. In ancient Greece, Selene was the Moon goddess. She was a sister of god Helios the Sun god. She was a life giver, associated with night, agriculture and femininity. The soothing moonlight has frequently been contrasted to the harsh sunlight in these depictions of Moos as a life giver.

There was another goddess called Hecate who ruled the night. Thus, Selene the Moon goddess became associated with Hecate. Artemis was the goddess of childbirth and vegetation, in addition to being the goddess of warfare and hunting. Hence, Selene got associated with Artemis as well. However, only Selene was regarded as the personification of Moon. The other two goddesses acquired the atributes of Moon, but they were not personifications of the Moon.

Selene rode her chariot across the sky. This was symbolic of the Moon's apparent travel across the sky in the night. She was said to have many suitors and gave birth to several children, thus associating her with fertility.