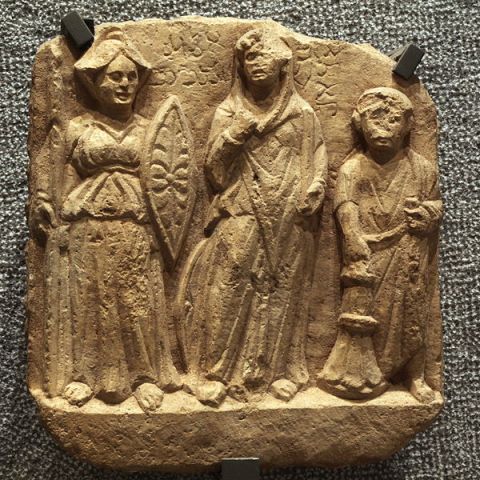 Manat was one of the oldest deities in the Arabian Peninsula. She was associated with destiny, fortune, wisdom and wish-granting.

Her shrine existed on the coastal route from Makka to Madina at Al-Mushallal. Aws and Khajraj, two main tribes of Madina were among here most ardent devotees. She was propitiated by offering animal sacrifice to her.

The pilgrimage of the ancient Arab tribes who worshipped her was not complete without visiting her shrine and offering worship to her.

Her devotees often shaved their head and stood before here icon and circumambulate around her shrine. She might have also been regarded as the protector of graves.

She was later associated with Al-Lat and Al-Uzz, the three of them being regarded as three sisters.