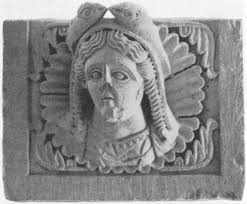 Along with Manat and Al-Lat, Al-Uzza was one of the most important goddesses in ancient Arabia. Her most important shrine was at Al Nakhlah Hadiqat near Taif in Saudi Arabia. It is said that a devotee built a golden icon of Al-Uzza on account of getting her ill daughter cured.

Ancient Arab tribes who lived around Taif and Mecca used to worship Al-Uzza as a mighty goddess and used to sacrifice to her in order to propitiate her.

The worship of Al Uzza was prevalent in Yemen as well as in Jordan around Petra. Her images have been found at these places. She was symbolised by Venus and was worshipped as the evening star in the desert, where most parts of the life began in the evening when the heat of the sun diminished.

Nataeans around Jordan may have also worshipped her as the patron deity of trade and sea voyages.

Near her shrine at Al Nakhlah, there were three acacia trees sacred to her.

Her shrine was destroyed along with other shrines during Islamic times.