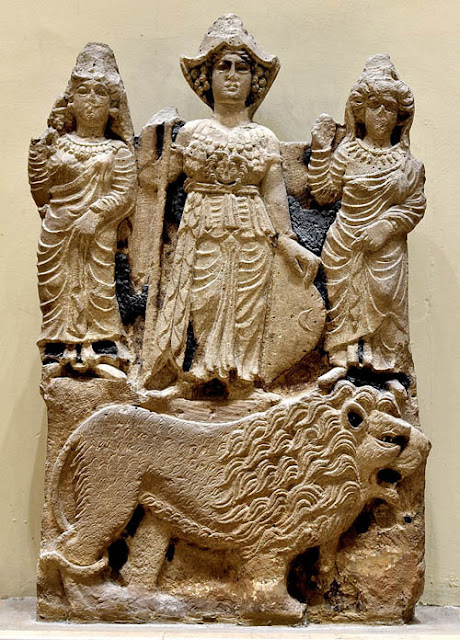 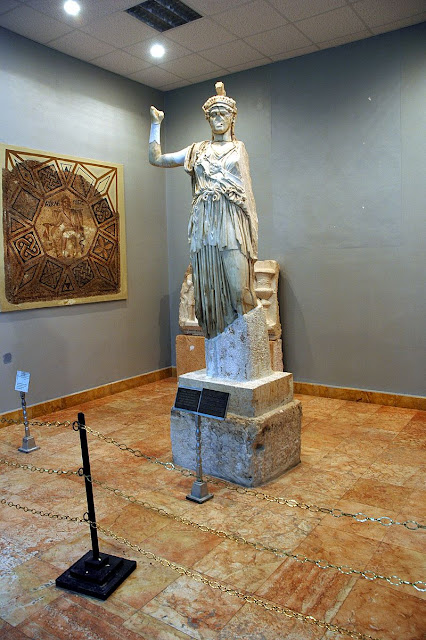 Ancient Arab tribes worshipped a high goddess Al-Lat. It is said that she was identified with Asherah of Fertile Crescent. Al-Lat was worshipped in Northern Arabia, Jordan, Syria, Palmyra and by the Nabataeans. Her inscriptions and images have been found in these regions. However, from Yemen and the Arab regions bordering Yemen her traces have not been found.

She was worshipped as a great goddess who rode the lion and the stag and gave victory in war. Further, she was invoked for protection during travel. Herodotus says that she was associated with Venus. Thus, the speculation arose that she was associated with Al-Uzza discussed in the previous post. She was known as Al-Ilat or Al-Lat. She may also have been known as Lat. She was the main goddess of the triad of Al-Lat, Al-Uzza and Manat. Islamic texts say that these were worshipped as the daughters of Allah the great god by the pre-Islamic tribes. However, Islamic texts are very late in time and we can't completely rely on them.

The name Al was related to El in Mesopotamia and Canaan. It represented the great deity as we have seen in a previous post. Allah is closely related to Mesopotamian and Canaanite terns El and Elohim, the great god. The consort of El was called Alilahu or Allatu. Because of the similarity in names between Allah and Al-Lat, scholars have said that Al-Lat was the feminine form of Allah.

It appears that the triad of Al-Lat, Al-Uzza and Manat was worshipped as the great goddesses. Whether they were related to Allah or not is not attested outside the Islamic sources. Hence, nothing can be said with certainty.

Al-Lat's shrines were said to be located at Iram and Bosra in Nabataean inscriptions. The Islamic sources say that Al-Lat shrine was located at Taif.

Taif was an important city on the inland trade route that ran from Yemen to Medina and further on to Jordan, Israel and Syria. It was located on the eastern face of the high mountain range that arose from Yemen to Central Arabia. Hence, many traders crossed Taif on their way to Syria.

Islamic texts say that Al-Lat had a Kabah of her own at Taif, which was destroyed during Islamic times.