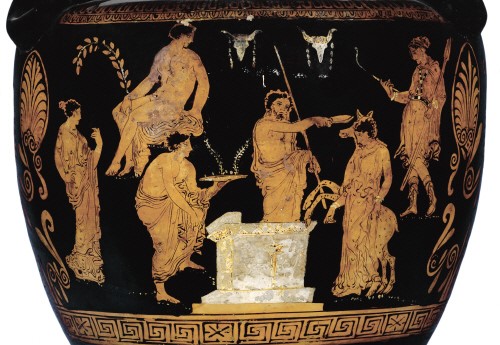 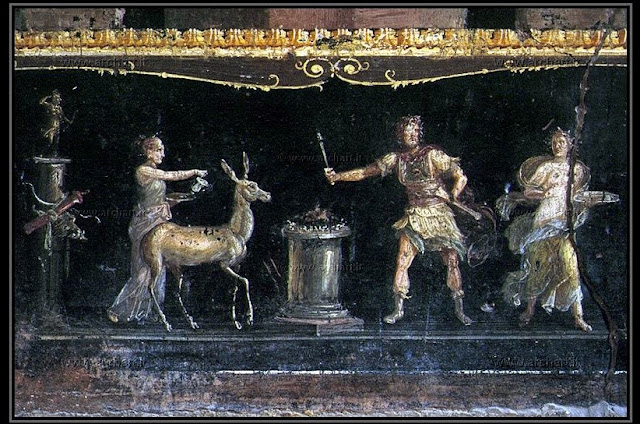 In Iphigenia of Aulis, King Agamemnon kills an animal sacred to Goddess Artemis, who was the patron deity of war and virgins. She gets displeased by him and stalls his ships which were ready to set sail. The diviner Calchas says that the Goddess can be pleased only if Agamemnon sacrifices his daughter Iphigenia to the altar of the Goddess. Hence, Agamemnon brings his daughter to sacrifice her in front of the Goddess. At this time, Artemis appears and replaces a stag in place of Iphigenia.

In Iphigenia of Tauris, the Goddess Artemis appears at the time of sacrifice, envelopes the altar with a cloud and leaves a stag there, carrying Iphigenia with her to Tauris, where she institutes her as the priestess of her temple.

In Roman times, this legend is carried over and is transformed according to Roman religion. Here, the Goddess is Diana, the Roman Goddess of war and a counterpart of the Greek Artemis.

We have a painted scene of this legend from what is called the House of Vetti in the ancient city of Pompeii.