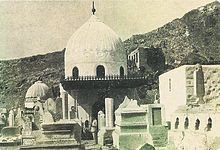 Before the advent of Islam, Arabian tribes followed their ancient tribal rules of marriage. Usually, marriages were arranged within the tribe but away from one's own lineage. Most marriages were arranged and the male head of the household was involved in arranging the match. It was the groom or his male guardian who approached the prospective bride's family with a marriage proposal. The groom's family gave presents to the bride's family to finalise the marriage. Wealth, status, nobility of lineage and personal qualities of the groom were considered while finalising the match.

Divorces were common. A divorced woman returned to her father's family and was married off again to another suitor. Women inherited property and their husband managed it after marriage.

Widows retained their deceased husband's property. Children belonged to the father in case of divorce, unless a child was suckling, in which case it was left to stay with the mother till it grew old.

Widows could also send marriage proposals to a man of their choice through a common friend or relative. Women before the marriage could lay down conditions for their prospective husband to follow. These could include that the woman would stay in her father's home if she wanted to and kept her child with her till it grew old. Alternatively, women also could stay with their husband's family if they wanted. A third option was that they could ask their husband also to stay with them in their father's home, rather than moving to their husband's home.

Women could engage in business and employed men from outside their family to manage their business. There was no veiling system for the women of Arabia before Islam.

Women could employ a nurse to breast feed their babies if they could afford and this seems to have been a common practice in Arabia. The child was brought back to the mother after it grew quite old and stopped suckling.

We don't have information about bride price in pre-Islamic Arabia. But both families could give presents to help the couple establish their household.

Concubinage and polygyny existed in pre-Islamic Arabia. We don't have clear information about inheritance rules of pre-Islamic Arabia. It appears that the property belonged to the male head of the family and in case a child became an orphan, s/he was taken care of by the whole family. The property was passed down to the next male head of the family and not to individuals. If the male head wanted, he could give property to the daughters, which the daughters managed by themselves and retained after marriage, divorce and widowhood.

All in all, it appears to have been a lot more progressive system than the systems of ancient Mesopotamia and in ancient Greece and Rome.