Arts and Cultures - Maouri Legend of Flood from Polynesia 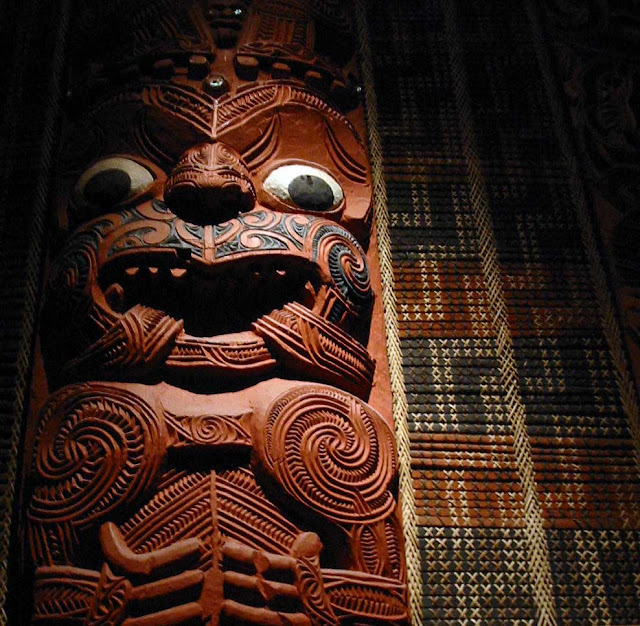 Image Source
Maori legend from Polynesia narrates an event of Flood. According to this, Tahiti was destroyed by a great flood from the heavens. This flood was sent down by their divinity Tawhaki, who was the god of rain and thunder. The legend says that it rained for ten days and night. No animal, trees or rocks survived. Trees were uprooted and carried away. All humans of Tahiti perished, except a husband-wife couple. This couple saved their dogs, chicken, cats and hogs.
The husband suggested that they go on top of the mountain Orofena. However, the wife said that Orofena might get submerged in the flood. Hence, they should go to the mount O Pitohito. Hence, they climbed on top of O Pitohito, dug a shelter their and covered it with grass and hid inside the rock shelter. All mountains were submerged in the flood except this one peak. After ten days, the water receded. The fury of the winds finally subsided. But now the rocks and trees that had been swept away began to fall back from the skies. The couple remained hid under the shelter till all became quiet. They later became the progenitors of life in Tahiti.
Read more about arts and cultures here
Read global news here
Read Technology Today digital magazine here
Art Culture featured Flood Polynesia