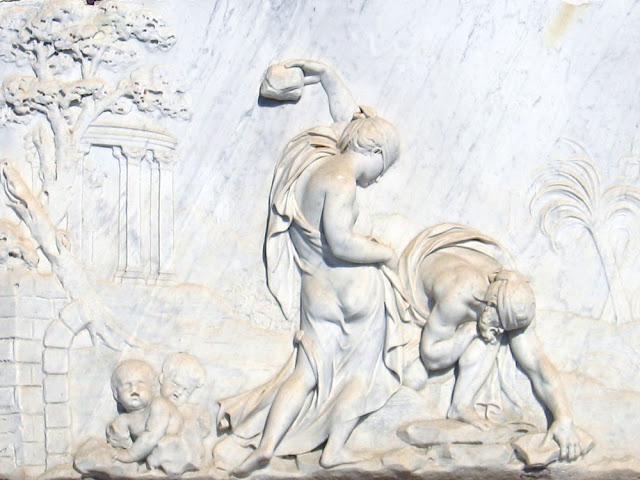 Like most ancient cultures, ancient Greece also has several versions of the legend of Flood. Certain motifs of this legend are similar to the Sumerian-Assyrian-Akkadian legends described earlier on this website. The most cited source for the Greek legend of Flood is the text called Bibliothica, which is usually datable to c 1st century CE. It is a compilation of much older legends from the ancient Greece. Plato also mentions that several thousand years before his times, there was a great flood in Greece.

According to this legend of ancient Greece, Zeus the great god of Greece who ruled over thunder, rains and sky decided to destroy all humanity because Lycaon, the legendary king of Arcadia served Zeus with the meat of his own son instead of an animal. Zeus, angered by this, decided to destroy the humans in a great flood.

Ducalion was warned by his father Prometheus a Titan of the coming flood. He advised Deucalion to build a chest and escape to the mountain Parmassus. His wife Pyrrha also boarded the chest with him. Hellanicus writing in 5th century BCE mentions the mountain's name as Mount of Orthis in Thessaly. The chest landed on the peak of the mountain and survived the flood emerging from the torrents of rain and storm that lasted nine days and nine nights. After the waters receded, Ducalion and Pyrrha came out of the chest. All humans had perished in the flood. Ducalion sacrificed an animal to propitiate Zeus. Pleased by him, Zeus asked him for a wish. Ducalion asked to repopulate the earth. He was told to throw stones behind him over his head. The stones thrown by him became men. The stones thrown by his wife became women. Thus, the earth became populated again.