Arts and Cultures - Flood in Quran and Comparison with Genesis Flood 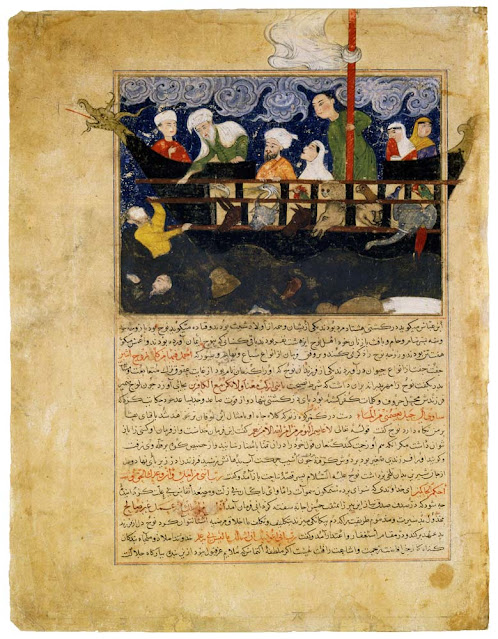 The Quran narrates the legend of flood, which is quite similar to the legend found in Genesis of the Old Testament. Allah commands Nuh (Noah) to build a ship to save the life form from the oncoming flood. Nuh obeys Allah's command. While he's building the ship, disbelievers pass by him and mock him.

There are some differences from the Genesis story in the Quran. While Genesis talks about a rectangular ark, the Quran says that Allah commanded Nuh to build a ship with teak wood shaped like the body of a bird. Further, the body of Adam was kept in the centre of the ship to divide the women's section from the men's section.

The Quran makes the symbolism explicit that the flood was to be seen as the nemesis of the disbelievers, while the believers were to be saved by the ship that is the Quran and Allah's commands. According to the Quranic exegesis, only the believers were saved from the flood.