Arts and Cultures - El the great God of Fertile Crescent 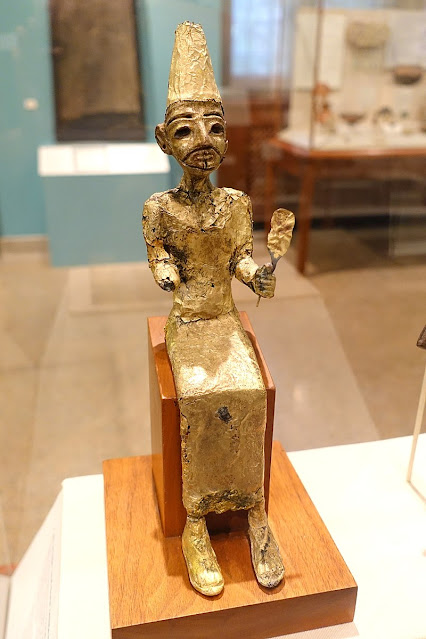 The Fertile Crescent had the conceptualisation of several supreme deities who co-existed with other deities. El was the most important among them. References to El exist in Israel, Mesopotamia, Hittite region, Canaan and northern Syrian city of Ugarit.

It is thought by the scholars that El was the supreme god who was the progenitor of many other gods. He was worshipped as the creator.

El is thought to mean "God" when in singular. Many ancient West Asian deities are also prefixed by Il or El before their names.

He is referred to as El Shaddaai or God Almighty or God of heavens or God the most high.

He is frequently referred to as Toru El or the Bull God, referring to his might and prowess. This is significant because the worship of bull as divine was widespread in Canaan.

Worship of El is much more ancient than the Hebrew Bible, in that it goes back to ancient Mesopotamia and ancient Syria and Israel. The name Israel carries within itself the name El and means "the stride of El."

Scholars think that Yahweh was originally not identical with El. The identification of Yahweh with El is quite late in the history of this region. Originally, Yahweh was one among many gods, while El was their supreme commander deity.

In ancient Fertile Crescent, El was the supreme god, but he co-existed with many other deities.

Scholars believe that the concept of the God of Abraham almost certainly arose out of the worship practice of El in ancient Mesopotamia.