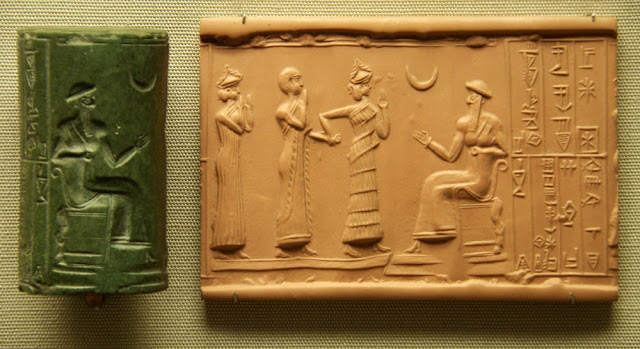 There were several legal codes in currency in ancient Mesopotamia, which go back to 3rd millennium BCE. Code of Hammurabi is the most famous out of these, but it's not the earliest. At least three codes earlier than that of Hammurabi have been found, which differ significantly from the Code of Hammurabi.

All these codes are in the format of "If-Then," listing if a particular offence is caused then what punishment should be given.

For example, Code of Ur-Nammu says that if a man divorces his first-time wife, he should pay her 1 Mina of silver. 1 Mina was equal to 60 Shekels; 1 Shekel being 8.3 Gms.

If a man divorces a wife who had been a widow at the time of his marriage to her, then he should pay her 1/2 Mina of silver.

If a man accuses his wife of adultery and if she is found to be innocent by the river ordeal then he should pay her 1/3rd Mina of silver. The river ordeal prescribed that the accused was to jump into the river and if s/he survived then s/he was regarded as innocent.

If a prospective son-in-law gives the bride price and presents to the prodpective father-in-law and if the latter gives away his daughter to another suitor after agreeing for the match, then he should return double the amount of the presents brought by the first suitor.

If a man damages the eye of another, he should compensate him with 1/2 a Mina of silver.

If a man has cut off another man's foot, he should pay 10 shekels of silver as compensation.

If a man gives false witness, he should pay 15 shekels of silver.

If a man is caught stealing from another man's orchard, he should pay 10 shekels of silver.

If a slave man or woman flees and dwells with another man for a month, then the second man should either pay the first with a slave or 15 shekels of silver.

A significant feature of these early codes is that they instituted penalty mostly in the form of financial payment. Capital punishment was avoided as much as possible. The exceptions were robbery, adultery, murder, rape, in which cases capital punishment was carried out if proved.