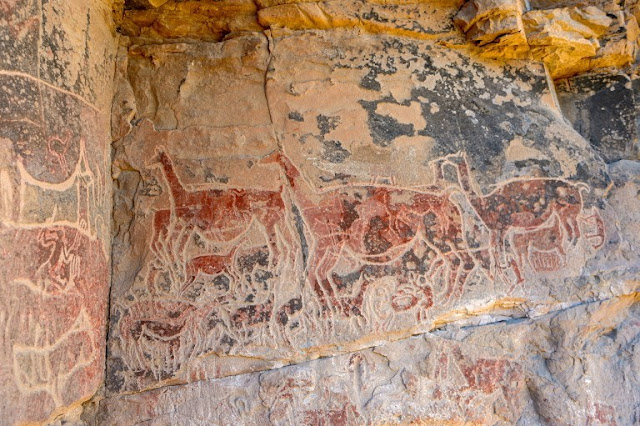 Taira Valley in Chile has thrown up some pre-historic rock paintings datable to 2800-2400BP. There rock shelters with painted rows of Llama, an animal found in South America. Llama is a very useful animal, used throughout the history in South America. It's used for milk, skin, for carrying loads and its wool is also used for making warm clothes. Llama was a very important animal for the pre-historic society of Chile. Having a large herd of Llamas was a sign of prosperity.

On the next wall, there is a human figure running towards the rows of Llamas and there other animals and huts around him. It shows that Llamas were domesticated in the pre-historic period.

These paintings show that the notion of prosperity might have been present even in the pre-historic societies.