Arts and Cultures - The 2nd Woman Ruler of Ancient Egypt, A Powerful Goddess and the Great Flood Legend 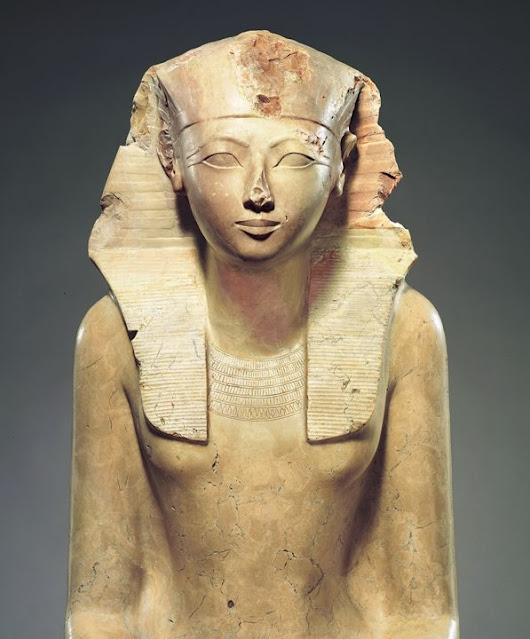 Goddess Sekhmet was closely linked to the ancient legend of Great Flood in Egypt. In the earlier post we have said that the legend might have evolved from the annual flooding of the Nile. According to the legend, she was the daughter of the Sun God Ra. When Ra was angered by the misdemeanour of humans, he sent Shekhmet upon the earth to finish them. She had the power to breath out hot air like the desert winds, bring epidemics and cause floods and she drank blood. When she caused great destruction, Ra wanted her to stop. But she could not be quelled. Then, Ra tricked her by flooding the Nile and the red waters of the silted Nile looked like blood. Ra mixed toddy beer in the waters. When Shekhmet drank this water, she became intoxicated and lay unconscious.

Hatshepsut was the second woman who became Pharaoh in the 15th Century BCE. She was the daughter, sister and wife of Pharaohs. She came to throne on 1478 BCE when her half brother was only 2 years old. She reigned for 21 years. She re-established trade to other lands of her times. She was a great builder and commissioned grand monuments.

She built a temple dedicated to Shekhmet and Bast, the two war goddesses of ancient Egypt. She also dedicated a "porche of drinking" for the Nile flooding festival in the honour of Shekhmet. He dedications to Shekhmet shows how seriously the Flood legend was taken by the ancient Egyptians and the role of Shekhmet who could cause destruction and could also avert destruction.